May 23, 2020
On 17 May 2020,  Pride Blog published a post about Kakuma camp, a camp for refugeesestablished by the United Nations High Commissioner for Refugees (UNHCR) in Kenya.


LGBTI refugees in Kakuma were interviewed and shared the painful and life-threatening situation they are living in.

The local community condemns homosexuality and frequently attacks Kakuma refugees - they are beaten up, raped, and had some of their shelters set alight whilst they were sleeping.


The refugees depend on the UNHCR for safety and security but now they depend on themselves and hope, the United Nations High Commissioner for Refugees continues to neglect them and fails to protect them.
It has been a week since the post was published and to date, nothing has changed - Kakuma refugees are still living in fear and are pleading for assistance.


The attacks have continued and many have been injured. No matter how life-threatening their injuries are, LGBTI refugees face discrimination in hospitals because homosexuality is a…
2 comments
Read more

Get the Coronavirus World Statistics on Pride Blog

May 22, 2020
Pride Blog now provides reliable data about COVID-19 worldwide. The numbers are provided and updated by the World Health Organization so you should not doubt them.

You can check the statistics anytime and anywhere. Simply log into Pride Blog and on the home page, click the three lines on the left-hand side of the screen.

May 21, 2020
LGBT Protection
In 1996, South Africa's constitution made history and became the first in the world to prohibit discrimination based on sexual orientation.
Increasing numbers of people who identified as lesbian, gay, bisexual, and transgender (LGBT) came out and became more visible.
But there was also an increase in discrimination, stigmatization, marginalization, and violence against the LGBT people.  The core values of dignity, human rights, equality and the prohibition of discrimination enshrined in the Constitution had not been taken on by many of the country’s citizens.
In 2017, current South African President Cyril Ramaphosa acknowledged that:
“It is a sad truth that in our nation the LGBTI community are amongst the most vulnerable and marginalized. They suffer discrimination, violence, and abuse…
Every South African must hold themselves, our communities, our institutions, and our government accountable for upholding our laws and for protecting the rights of all in South Africa…
Post a Comment
Read more

May 20, 2020
" Remember , bisexuality doesn't mean halfway between gay or straight. It is its own identity
"

Fight Against Homophobia, Transphobia and Biphobia Everyday - Not Only 17 May

May 18, 2020
17 May, International Day Against Homophobia, Transphobia and Biphobia. It aims to coordinate international events to raise awareness of LGBT rights violations.


Founded by Louis-George Tin, the day launched in 2004 and since then, became a global occasion to educate about lesbian, gay , bisexual and transgender people, and to advocate for sensible public policies regarding LGBT people.

The day of the event is 17 May because in 1990, 17 May , homosexuality was removed from the World Health Organization's International Classification of Diseases .


Some people even forget about it because  they fight against homophobia, transphobia and biphobia everyday.

The day aims to highlight respect for the rights of LGBT people worldwide and focuses on International events that expand support to those rights .

Making people aware of the dangers of conversion therapy, corrective rape , LGBT rights violations in Africa and other continents, promoting LGBT rights and equality, and fighting against disc…
Post a Comment
Read more

May 17, 2020
Kakuma is a town in northwestern Turkana County, Kenya. It is where the United Nations High Commissioner for Refugees (UNHCR)  camp is located.
UNHCR has a mandate to protect refugees, forcibly displaced communities, and stateless people.
Some of the LGBT people in the refugee camp have been there since 2017 and are desperate for protection and assistance.


The camp is home to men, women, and children who are refugees. They say that they are not provided with enough food, water, and shelter.


The local community condemns lesbian, gay, bisexual, and transgender people and as a result, LGBTI refugees are always expecting an attack - from rape, stoning, theft, arson to violent attacks. Furthermore, they are subject to police brutality and are denied access to health care.
One interviewee said that her son was denied access to health care because of her sexual orientation as a parent.
To protect the identities of sources, they will be referred to as "interviewees" 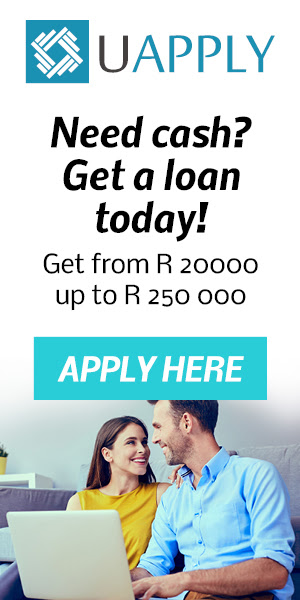